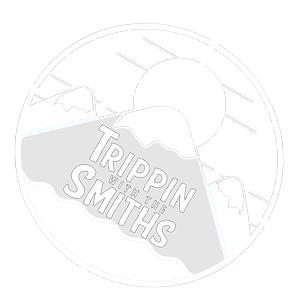 Our current rig is a fifth wheel/truck combination.  Our former rig was the same, just a different brand/floorplan.  We currently have a 2018 DRV Fullhouse JX450 and a 2017 Ford F350 DRW tow vehicle.  The DRV is a 45 foot-ish long toy hauler that has 35 feet of living space and a 10 foot garage.  We picked a toy hauler specifically for full timing in and having a separate office space.  We don't really need the garage to haul toys in, so size/configuration of the garage was not that important to us.  What was important was the livability of the overall living space, and we think that short of a custom build, this model offers the best space.  While it may not be the most capable toy hauler, it has the best floorplan for living in.  It has a huge kitchen, you actually sit across from the TV, and the bedroom and bathroom are not to shabby.  In addition to a great floorplan, the walls are thick and it's sitting on a heavy duty box frame instead of the typical I-Beam frame used by most manufacturers out there.

We started out with a 2013 Cedar Creek 36CKTS and a 2016 Ford F350 SRW.  We cut our teeth on this rig and learned alot.  Not only did we put about 30k miles on it, we tried to rip the rear cap off of it, break the front frame, and destroy the truck's tailgate!  Some lessons are learned the hard way.  All in all, it was a great fifth wheel that was very reliable.  I think it was built just as the RV industry started to boom and quality control started to decline, and the former owners of it took really good care of it, as well as spent some serious money on upgrades that normally come on fifth wheels that are twice as expensive, such as disk brakes, independent suspension, Goodyear tires, and a plethora of minor upgrades.

New Vlog, 2 weeks in a row, lol! Sharing our exp

Sunsets are our favorite! We think Yeti loves em t

Views for the next month!🏝☀️ Drop your fav

Well, we've been hiding out for a bit....busy life

Home is where you park it! We ain't mad about the